JAKARTA, Indonesia: Separatist rebels are being investigated in a string of bombings targeting a U.S. mining giant in Indonesia’s restive eastern Papua province, police said Monday. No one was wounded in the blasts, which followed written demands that the company’s gold mine be shut.

Two attacks were carried out late last week on a road leading to the massive mine operated by Freeport-McMoRan Copper & Gold Inc. and a third occurred late Sunday in an empty field near an international airport built by the New Orleans-based company.

“It is clear that an unidentified group wants to sabotage and terrorize vital (Freeport) installations in Papua,” deputy police chief Prasetyo, who like many Indonesians goes by a single name, told reporters in the port town of Timika. “But they failed.” END_OF_DOCUMENT_TOKEN_TO_BE_REPLACED

Accompanied by Papuan police, the forensic team combed the area
in search of remains from the mortar-like bombs that exploded
near a gas station at Mile 50 as well as under a bridge over the
Kabur river, at Mile 39. 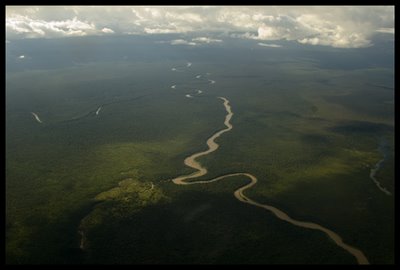